Yes, it's that time again; 'Celebrity Big Brother' is set to bring another set of semi-celebrities together for another stretch of high tensions, mind games, tears and tantrums, and potential love affairs. The line-up was leaked ahead of the official announcement, but it turns out that the rumours are true for this year's set. 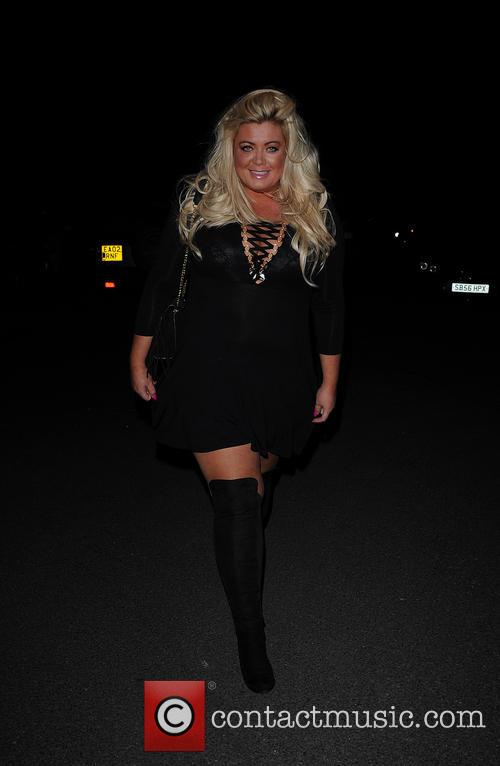 This year's group consists of soap actors, reality stars, international socialites and, for good measure, a politician. Most of them are cast-offs from 'I'm A Celebrity... Get Me Out Of Here', though 'Big Brother' could prove to be even more of a rough ride than the jungle - even despite being well fed.

Gemma Collins - A favourite from semi-reality series 'The Only Way Is Essex', Collins usually finds herself in the news for her near-constant battle with her weight. She appeared in 'I'm a Celeb' in November 2014, but only lasted three days before dropping out. Let's hope she fares better in the CBB House.

Scotty T - One of the longer running main cast members of 'Geordie Shore', Scotty is hoping to follow in the footsteps of his co-stars Charlotte Crosby - who won CBB in 2013 - and Vicky Pattison who became the latest winner of 'I'm A Celeb' last year.

Megan McKenna - After finding fame on the MTV love-drama show 'Ex On The Beach' alongside her 'Magaluf Weekender' ex Jordan Davies, McKenna will join Scotty T, who is also appearing on the fourth series of that same show.

Kristina Rihanoff - She's best known as one of the professional ballroom dancers on 'Strictly Come Dancing', but shook things up in 2013 when she was partnered with Rugby Union player Ben Cohen with whom she formed a romantic relationship while on the show.

Christopher Maloney - The pantomime-villain-esque 'X Factor' reject is a memorable contestant from the singing competition after lashing out at a rival on the show during his appearance in 2012 and subsequently slamming the show for their witch-hunt attitude towards him.

Danniella Westbrook - Maloney will be joined by this troubled former 'EastEnders' star, with whom he was pictured on holiday together. She was set to enter the show last year, but failed the in-depth psychological evaluations that took place before hand.

John Partridge - Another 'EastEnders' star, John Partridge joins the team with a steady career of presenting behind him and a solid West End history, being a part of the original cast of Andrew Lloyd Webber's 'Cats'. He left 'EastEnders' in 2012 but has since made a handful of brief reappearances.

Darren Day - Day is also a West End star who's had stints in 'Hollyoaks' and the movie 'Hellbreeder', as well as appearing in 'Come Dine With Me' in 2010. Plus, he appeared in the very first series of 'I'm a Celeb' in 2002.

Stephanie Davis - On the subject of 'Hollyoaks', Davis is back in showbiz after being sacked from the soap just last year for an apparent drink problem that found itself interrupting her work.

David Gest - He's a reality star staple and music producer who was once married to Liza Minnelli, and now he's making his first appearance in 'Celebrity Big Brother'. He's done 'I'm A Celeb', 'Soapstar Superstar' and 'Come Dine With Me', the latter of which saw him come in joint first place.

Nancy Dell'Olio - Yet another one of former football manager Sven-Göran Eriksson's ex-lovers arrives will appear on this year. With stars such as Ulrika Jonsson and Faria Alam having appeared on previous seasons, this year we'll meet glamorousItalian sociliate and lawyer Dell'Olio.

Winston McKenzie - Following in the footsteps of Scottish left-wing MP George Galloway is this former UKIP spokesman, who has pretty much been a part of virtually every major British party. He stood for UKIP in last year's General Election for Croydon North.

Jonathan Cheban - A few stars from across the pond will also enter the house, including this PR guru and Kim Kardashian's BFF who became famous after appearing on 'Keeping Up with the Kardashians'. Kim has already voiced her support for the pal.

Angie Bowie - A writer and actress, Angie is the outspoken former wife of musical legend David Bowie with whom she was married for 9 years between 1970 and 1980.