Emilia Arata: I Love Jeremy But I Have A Boyfriend 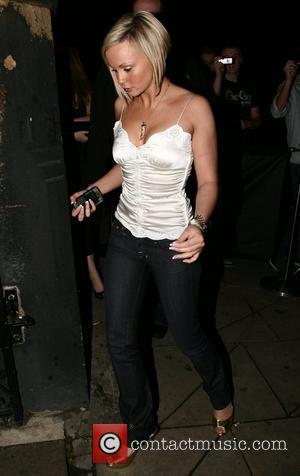 Big Brother Celebrity Hijack runner-up Emilia Arata has said her relationship with racing driver Jeremy Metcalfe was nothing but platonic.

The pair flirted frequently throughout the E4 reality show and after finishing fifth, Jeremy said he would have to "wait and see" whether Emilia was girlfriend material.

But talking to show host Dermot O'Leary after finishing second behind John Loughton, Emilia denied any rumours of a romance between her and Jeremy.

"I love him as a person but I have a boyfriend," she explained.

Circus performer Emilia, who earned 46.1 per cent of the vote to be narrowly beaten to the £50,000 prize last night, explained that being in the Big Brother house alongside brother Victor was "hard".

But she added: "I'm so happy we went through it together. I'm happy that we shared this experience."

Third-place Amy Jackson, a conceptual artist from Leeds, told Dermot she had expected the show to be "really hellish".

"I got here and thought 'I'll sit tight and it'll be fine'. But I really liked everyone. I was waiting for things to start niggling me but it never really happened," she added.

Boxing hopeful Anthony Ogogo, who finished fourth, said he was "surprised" to have avoided eviction throughout the show, but remained reticent about his relationship with classical musician Calista Robertson.

"She's a good friend of mine," he said. "In here you form bonds with people as you are so close. In that position you don't know what feelings are true and whether it's the environment."

Despite their sporadic arguments, Anthony said he was delighted for John, adding: "He's one of the nicest people I've met in my life."

When asked whether the 'real Jeremy' was a moaner or a pragmatist, fifth-place Jeremy admitted: "They're both me. Everyone gets a bit grumpy at times.

"I love being a bit of a moaner and when it comes down to it I don't want the Hollyoaks girls telling me to dance to no music."