Stars Including Isaiah Washington, Joss Whedon And Janelle Monae Have Taken To Twitter.com To Express Their Outrage Over An Internet Video Which Appears To Show A Cop Shooting An Unarmed Man In The Back As He Runs Away. 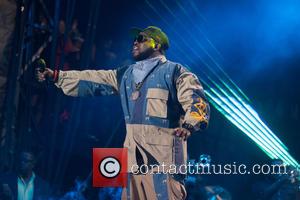 Police officer Michael T. Slager was charged with murder on Tuesday (07Apr15) following the publication of a clip which purportedly shows him opening fire on 50-year-old Walter L. Scott as he fled a traffic stop in North Charleston, South Carolina on Saturday (04Apr15).

Celebrities took to Twitter to share their feelings about the footage, including former Grey's Anatomy actor Isaiah Washington, who wrote, "I have 2 sons to raise in this country and this #WalterScott atrocity weakens my hope that they can survive in this nation. Now what?... Okay, watching the #WalterScott video was horrible, but I think the brave person who captured the (killing) is a hero and a Godsend #Truthdom."

Singer Monae adds, "This brought tears to my eyes. #WalterScott reminds me of my uncle, family. Can only imagine the pain his fam (family) feels," while Avengers director Joss Whedon posted, "At this point, the Slager (killing) seems like a message, a mafia thing, like it's meant to shut people down or set them off. It has to end."

Outkast rapper Big Boi also shared the video and reposted a number of tweets about the incident, while comedian Orlando Jones wrote, "As a former resident of SC (where my parents still reside) I will do everything in my power to make sure #WalterScott's family gets justice."