Biffy Clyro were upset they missed Jessie J performing at the Isle of Wight Festival this weekend. 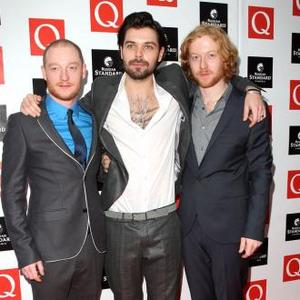 Biffy Clyro were upset they missed Jessie J performing at the Isle of Wight Festival.

'The Captain' rockers had a long trip from their native Scotland to the island off the south coast of England for the festival this weekend, and admit they were upset at not being in time to see the 'Price Tag' singer's set.

Speaking at the festival, singer Simon Neil told Absolute Radio's Sarah Champion: ''We were dying to see Jessie J, really top of the list. It was a shame we missed that.

''We kind of slept through most of the Journey in our tour bus. I'm sure it was a bit of a nightmare for the drivers, getting down here from Scotland, but we are relatively clean.''

The band are preparing to release their as-yet-untitled sixth album, and said when they are recording they like to be in as remote a place as possible, so they can fully immerse themselves in their music.

Simon added: ''Well we do a lot of work back home on the Farm, then when it comes time to actually record a record we like to go somewhere where there are no complications. You know, with the greatest of respect people at home, you want to just go and do the music, you don't want to worry about doing your laundry or paying your road tax or something crazy like that.''