Biffy Clyro to keep going into their 50s

Biffy Clyro have no plans to call it quits and want to still be performing when they're in their 50s. 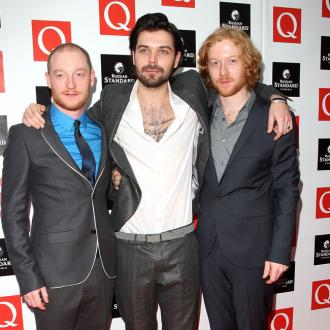 The Scottish rockers plan to stay together until they're middle aged because 2013 has been their best year to date and they want to build on their success.

Frontman Simon Neil told the Daily Star newspaper: ''Dare I say it's been our best year as a band so far?

''I guess we're almost the exception for any band in that we've been building things up and our sixth album has been our biggest record.

''It's been an incredible year because were kinda glass-half-full guys and always quite cynical and expect things to fall apart at any minute.

The 'Mountains' hitmakers - who formed in 1995 when they were teenagers - hope they can make their loyal following proud and think their sound is maturing over time.

Simon said: ''I still feel like we're getting better as a band. We're so grateful to all the fans who've stuck with us - the real music fans, who don't wait for the hype or care whether you're in a cool and at the moment. We take pride in our songs and hopefully our music is extraordinary but we're very normal guys; we don't have huge egos.''

Biffy Clyro have been confirmed to headline the Isle of Wight Festival on June 13.