Biffy Clyro frontman Simon Neil is shaving his beard because he keeps getting mistaken for Foo Fighters singer Dave Grohl. 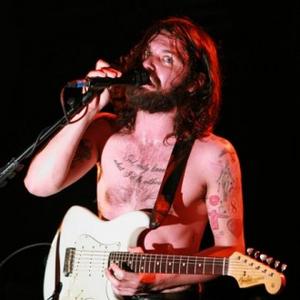 Biffy Clyro frontman Simon Neil is shaving his beard because he keeps getting mistaken for Dave Grohl.

The singer and guitarist with the 'Many Of Horror' group was mistaken for Foo Fighters frontman Dave many times when they toured together In America, because he has the same distinctive black hair.

Simon explained: "When we toured with Foo Fighters, it's not that embarrassing, but I kept getting mistaken for Dave Grohl a lot. We're not very popular in America, the amount of times I've been walking to the show and it's like, 'Dave, Dave!'

"So I'm gonna cut my hair and beard pretty soon, so that doesn't happen again. I [also] don't have the same winning smile."

Simon added he's been on a "voyage of Discovery" and found out a lot about himself in the past year, although he is planning to slow down in 2012.

He added: "I've been having quite a lot of 'brain expansive' moments in the last kind of few months, so maybe slow down my voyage of discovery. I think I may have explored the inside of my brain as much as I should for the time being, so next year I'll live a slightly less chemical life."