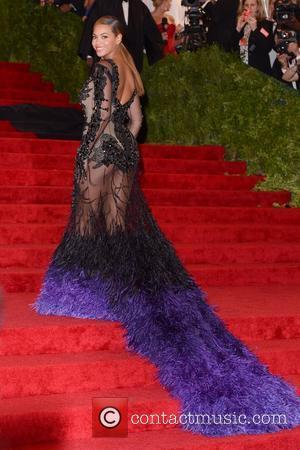 U.S Election night news is rolling in, and Beyonce - a long time supporter of Barack Obama - had posted an open letter on her website, alongside a photo of herself voting in style.

"President Obama," the letter started. "Everyday we see your heart and character, inspiring all of us to give more of ourselves. You are the leader to take us from where we are to where we need to be," she enthused, continuing to say, "You are the reason my daughter and nephew will grow up knowing that they can truly be ANYTHING they want to be. All my respect and adoration, Beyonce" The letter was accompanied by a photo of the hitmaker posing with her ballot paper. Freshly manicured and heavily pouting, B wanted to make sure the world knew which way she was voting, as if there were any doubt; she and husband Jay-Z have been two of Obama's staunchest supporters, giving public endorsements, and even boosting his election coffers with a few successful fundraisers.

And talking of Jay-Z: he and Bruce Springsteen have been doing everything they can to ensure the voters vote the right way, or their way, by performing in Ohio last night (Nov 5). Mr Carter even regaled a parody of his classic 99 Problems, by singing "I got 99 problems but a Mitt aint one". Delightful.