Tulisa Contostavlos says it was ''amazing'' to work with legendary songwriter Diane Warren. 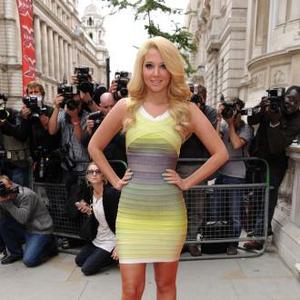 Tulisa says it was ''amazing'' to work with songwriter Diane Warren.

The 'Young' singer went to Los Angeles to collaborate with the legendary songwriter and was impressed how much she understood her ''point of view.''

She told the Daily Star newspaper: ''Diane wrote two songs for me - 'Counterfeit' and 'Bitch On Heels'.

''She studied me first as a character and wrote them completely from my point of view so it sounds like something I would write myself. She was amazing.

''I did so many songs, and only a certain amount got on the album. I went with songs by the people that got me as an artist, as I'm very expressive about who I am and what I'm about.''

Tulisa, 24, claims she also made a big impression on Diane - who is rumoured to be working with Beyonce Knowles and Kelly Rowland - and she gave her special treatment in the studio.

The N-Dubz singer enthused: ''Her exact words to me were: 'Wanna hear a f***ing hit?' And she just pressed play on the recording. I was like: 'Wow'.

''She showed me this secret room that not many people get to go into, where she wrote all her hits for Aerosmith and Whitney Houston.

''She doesn't bring many people in there. I felt so honoured.''

Tulisa's debut solo album is out in November.