Five of the Worst: Beyonce For Super Bowl 2013; She'll Surely Be Better Than This Lot? 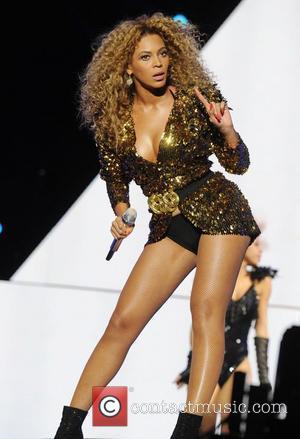 So it is Beyonce's turn to lead out the fun and games at the famous Super Bowl half-time show. Quite frankly it's been a long time coming; one of the premiere pop stars of the past decade and more, the former Destiny's Child's star power has been calling out for her to get the spot at some point. However, let's not get ahead of ourselves and assume that just because she is who she is, she's going to deliver a stunning fifteen minutes. Plenty of big names have been known to fall; here are some of, what we reckon to be the worst half-time shows in Super Bowl history.

The fact that everyone was talking about M.I.A having the audacity to stick her finger up at television cameras tells you just how boring this half-time show actually was. A creaking Madonna did what she's ended up doing on most of her shows this year and sent her crowd into a stupor, with garish and brash visuals and costume not making up for an utter formulaic performance from the (former?) Queen of Pop. She should be thanking M.I.A for giving us a reason to remember it to be honest.

Yeah, in hindsight the last two have been stinkers. Black Eyed Peas continuing popularity is of a bafflement to many at Contact HQ, and this sloppy, heavily auto-tuned performance did nothing to convince us otherwise, what with Will.I.Am looking out of puff just a couple of minutes in. That was nothing compared to the spectacle of Fergie writhing up against venerable guitarist Slash, a man whose face was last seen sometime in the early 1980s. He's just lips and hair now.

So we all know why this is in here; the famous wardrobe malfunction that saw Justin Timberlake unsettle one of Janet's Jacksons. Unfortunately for JJ, the incident actually meant many forgot a lively performance - unlike the Madonna/M.I.A show - and yet, well, the gaff was a pretty big one wasn't it. You could argue she's never been taken seriously as a pop artist since; her declining output would certainly indicate that. That moment of shock on her and Timberlake's face though, it's priceless to be fair.

When Disney stepped into sponsor the 2000 Bowl, expectation levels were raised; here were some guys who knew who to do big budget production, with the company about to embark on its 3D animated legacy, having resurrected 2D animation through the 80s and 90s. Sadly they remained in 2D for this half-time show, with a schmaltzy, sickly event that had viewers gagging within the first duet between Iglesias and Aguilera. Phil Collins can do one too.

The New Kids On The Block should never have been allowed anywhere near an auditorium, never mind a ruddy Super Bowl half-time show, but there they were, apparently supporting the US troops with lots of marching percussion sadly not enough to cover their horrifically wavering voices. Disney were out in force on this one, too, the whole thing thus resembling some sort of sickly PG version of our end of days. Eugh.