Tiffany Haddish On How Beyonce Saved Jay-Z From Flirty Actress

The singer apparently had words with a woman who couldn't keep her hands to herself.

Beyonce is not the kind of woman you want to mess with, and Tiffany Haddish discovered that first hand when she witnessed the singer berate an actress for getting a little too close to her husband Jay-Z. She wouldn't reveal who the flirty star was, but it's clear she was in deep trouble. 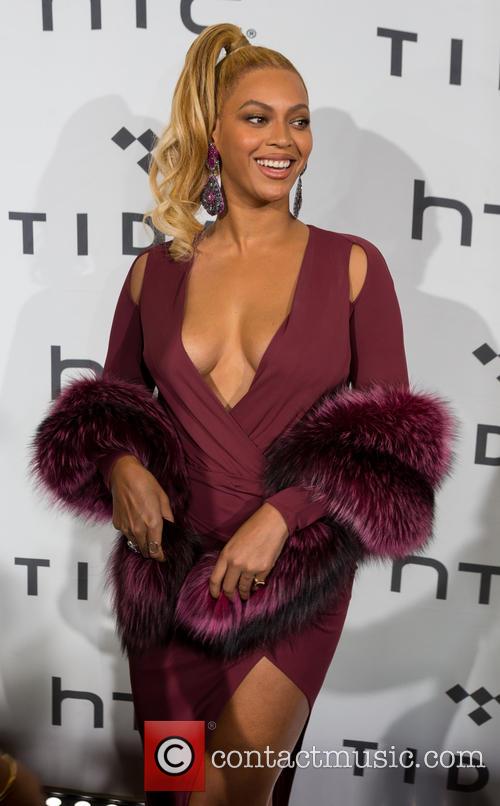 Since Beyonce's hit album 'Lemonade' came out, the press has been full of stories about the power couple's marriage and alleged infidelity on Jay-Z's part, so it's no wonder that Bey has got a little protective of her husband in recent years.

Tiffany Hadish spoke out about a moment the singer shut down a woman who appeared to be flirting with Jay when she first met her at the after party of one of his concerts.

'I was talking to JAY-Z for a little bit', Tiffany said in a preview of TVOne's 'UNCENSORED' series. 'And there was another actress that was there who was also talking to JAY-Z.'

'She touched JAY-Z's chest and Beyoncé came walking up like.'B***h!' But, she didn't say that', she continued. 'But her demeanor, her body from the way she walked up on them said, 'Get your hands off my man's chest'. So then she also started talking to the other actress and some other stuff happened but I'm not gonna say nothin' yet.'

She apparently also spoke to Vulture last month about the event, where it seems Tiffany was down with fighting the actress who disrespected Bey. 'I'm not at liberty to say what went down at the party, but Beyoncé was just telling me to have a good time, and I was like, 'No, I'm gonna end up fighting this b***h!'' She said.

As epic a moment as it was sure to have been, Tiffany was just thrilled to have met her idol and gotten her to take a selfie with her.