No tickets? No matter! You'll be able to watch Beyoncé and Jay Z's live tour from the comfort of your own home. 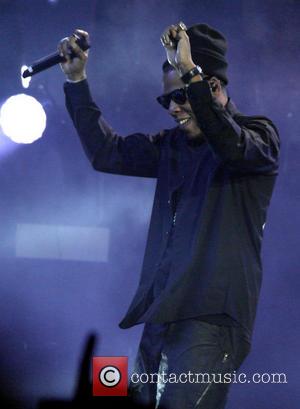 Feeling glum because you didn't manage to get tickets to see Beyoncé and Jay Z present their "On The Run" world tour? Well, worry not: HBO will be bringing the couple's eagerly anticipated live shows to the small screen after taping their two French concerts. While it may not be the same as being there in the throng, HBO's coverage should be the next best thing.

"This is a major musical event that belongs on HBO," said HBO programming president Michael Lombardo. "It's going to be a night to remember," via Variety. HBO announced the exciting news on Thursday (10th July) at the Television Critics Association summer tour.

The footage will reportedly be filmed during the Parisian leg of the tour - the pair's only European appearances - on the 12th and 13th September.

This won't be the first time either of the pair have collaborated with HBO: Beyonce's HBO documentary Life Is But a Dream premiered in February 2013 while Jay Z's Picasso Baby: A Performance Art Film was shown on the cable network in August 2013.

Additionally, the R&B singer is currently featured on HBO's Beyonce: X10, which is a 10-episode series of concert performances.

Jay Z and Beyoncé's "On The Run" tour covers 19 stadiums in the U.S. and two stadium shows in Paris. The shows kicked off on the 25th June in Miami with a jaw-dropping 42-song set and a mind-boggling array of costume changes for Beyoncé and her dance troupe.

Prepare To Have Bey & Jay Invading Your Living Room Thanks To HBO!