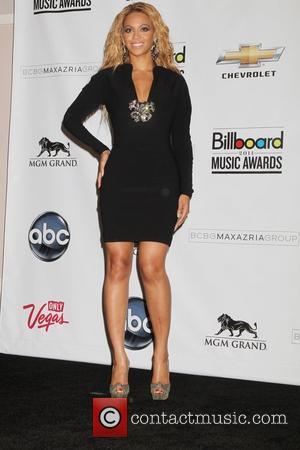 Beyonce has called her set at Britain's Glastonbury festival the "highlight" of her career after making history as the first woman to headline the event's main stage.
The R&B superstar went down a storm at the predominantly rock 'n' roll festival with a triumphant set, which included medleys of her Destiny's Child hits, as well as her solo classics and new tracks from her upcoming 4 album.
She also paid tribute to Kings of Leon and Alanis Morrisette by performing renditions of their songs.
Beyonce was delighted by the reaction from the 170,000-strong crowd, and after finishing her set, the Crazy In Love hitmaker explained the festival slot had been a "dream"-like experience and admits she held back a wave of emotion as she came face-to-face with fans.
She tells the Bbc, "I'm completely high. It's so surreal, weird - just happy, and I wasn't kidding when I said this night is a dream. I felt like a rock star, and the crowd - they looked like rock stars, and I'm just so honoured, really. This was just, like, a highlight of my career.
"I was very nervous, and everyone gave me so much love. And I will never, ever forget this. At one point I had to stop myself because I got really emotional during Halo... (Afterwards) I just had to talk myself down, but I had a great time today."