Beyonce Dressed Up As A Superhero For Ciara's Surprise 30th Birthday Party Over The Weekend (24-25oct15). 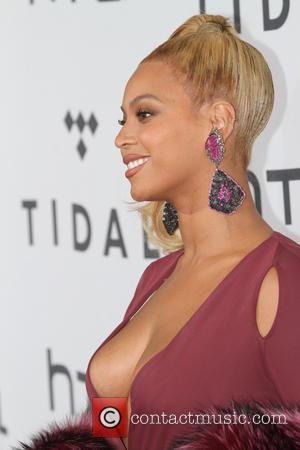 The pop superstar was among the guests who turned out for the singer's lavish bash at the Warner Bros. studios lot in California on Saturday (24Oct15) to celebrate her big day.

Beyonce embraced the superhero theme by dressing up as Storm from the X-Men, who was played by Halle Berry in the film series, complete with white wig and creepy contact lenses.

Ciara, who marked the milestone on Sunday (25Oct15), turned up as Catwoman, while her boyfriend Russell Wilson dressed as Batman, and they posed for pictures with a Batmobile.

The singer shared a number of pictures of the surprise party on her Instagram.com page, and Beyonce's former Destiny's Child bandmate Kelly Rowland also added snaps.

"Walking 2 Batman #TheBestSurpriseBirthdayEver! (sic)..." Ciara tweeted of her surprise party. "Way 2 (to) Pull This Off! I'm Still In Shock. My Batman..."

Russell is believed to have organised the party in secret and surprised Ciara, giving her a list of "carefully planned instructions, a Catwoman suit and a mask to quickly change into", a source tells People.com.