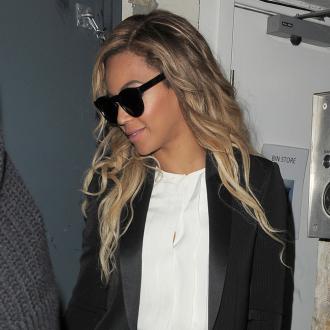 The 'Drunk in Love' singer topped the annual list - which is compiled based on estimated earnings, how many times a celebrity is mentioned in the media, their social media activity and estimated influence - with an estimated worth of $115 million in the past year, a staggering $43 million higher than the second-placed stare, basketball player Lebron James.

Beyoncé performed 95 shows on tour - taking home an estimated $2.4 million per gig - and also fronted ad campaigns for Pepsi and H&M, as well as having her own fragrance line and clothing company, which all contributed in allowing her to take the top spot from Oprah Winfrey, who came first last year but could only manage fourth place this time around as others were deemed more influential and powerful.

Dr. Dre had the highest financial worth of all the top 10, with an astonishing $620 million - the highest any celebrity has ever recorded in a single year in the history of the list - but could only manage third place, while talk show host Ellen DeGeneres rounded out the top five, coming in one place ahead of Beyonce's husband Jay Z.