Beyonce slapped on butt by fan at Copenhagen show

Beyonce was slapped on the butt by a male fan during her show at the Forum Copenhagen in Denmark last night (27.05.13), to which she responded by threatening to throw him out. 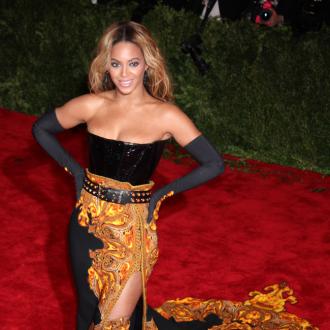 Beyonce was slapped on the butt by a male fan during her show in Denmark last night (27.05.13).

The 31-year-old singer was performing her track 'Irreplaceable' at the Forum Copenhagen in a segment of her 'Mrs. Carter Show World Tour' where she interacts with the audience as she struts on a catwalk.

After handing her microphone to different fans to sing-a-long with the track she turned to go back to the main stage when the admirer outstretched his arm out to touch her bottom.

In video footage capturing the moment, Beyonce is seen turning around and looking shocked as the crowd gasp at the man's action, before she threatens to have him thrown out of the concert.

Looking directly at the fan, she can be heard saying: ''I will have you escorted out right now, alright?''

Earlier this month, Beyonce had to cancel a gig at Antwerp's Sportpaleis due to ''dehydration'' and ''exhaustion''.

Speaking at the time, Beyonce - who is married to rapper Jay-Z - ''promised'' fans she would make it up to them by returning and putting on a great show.