The singer, who has just celebrated her 33rd birthday shared the four minute clip via her Facebook page.

Beyonce has treated fans to a special look at just what went into making her MTV VMAs performance so spectacular by sharing a backstage video. In the four minute clip, the highs and lows of rehearsals are put on display as Beyonce and her dancers are shown trying to perfect the gruelling routine. First published on her Facebook page, the singer captioned the video, “Flashback Friday! A behind the scenes look at the days leading up to the 2014 MTV VMAs”. 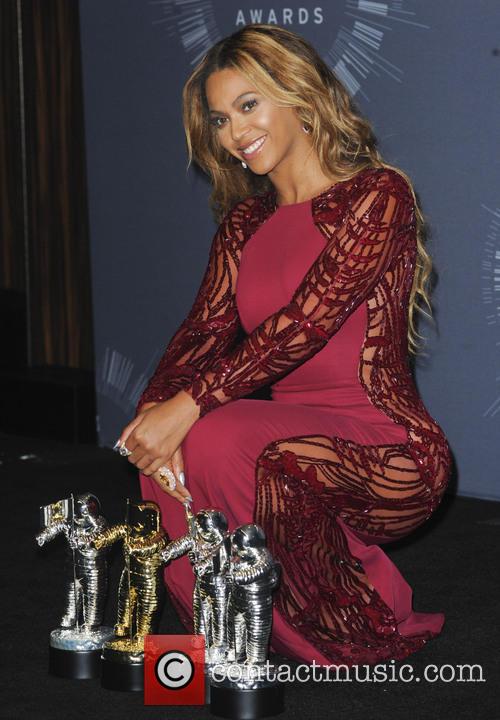 Beyonce shows off her impressive collection of MTV Awards

At the event, held last month, Queen Bey delivered a show stealing 15 minute performance of songs from her self titled album. But the rehearsal process was a difficult as you’d imagine, with the singer's temper being put to the test on one occasion.

More: So, How Did the Queen of Pop Spend Her Birthday?

In the clip the ‘Crazy in Love’ singer can be seen trying to control her anger as she voice her displeasure at how the stage looks. On another occasion she demands that her dancers are painted white, even though there isn't nearly enough make-up artists or time available.

Of course it was all alright on the night, as Bey pulled off the epic performance without a hitch. As the video concludes we get an adorable moment from little Blue Ivy who can be heard saying  “Everybody said ‘good job,” as her parents walk backstage.

Ater a busy summer, Beyonce is currently enjoying a romantic vacation with her husband in celebration of her 33rd birthday. The celebrations began on Friday with a beach party on the island of Corsica where E! reports that that upon Queen B's arrival, her loved ones had written "Happy Birthday" in sticks on the sand. Yesterday, (September 6th) the couple were spotted continuing the party ,in the seaside town of Portofino, Italy where they were photographed strolling arm in arm together.