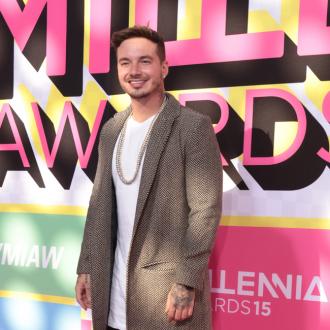 Beyonce's daughter Blue Ivy encouraged her to jump on the remix of 'Mi Gente'.

J Balvin - who recorded the original with Willy Wiliam - has revealed it was actually the pop megastar's five-year-old daughter who pushed the collaborative remix, which was released to raise money for hurricane relief charities after the US was hit by catastrophic storms over the summer, because she heard the original and loved it.

Speaking to Billboard, Balvin said: ''Someone who worked with Beyonce came to the studio to check the vibe and she told me Blue was super in love with the song. So I said: 'Ok, why don't you tell Beyonce if she want to jump in the remix. It happened.''

'Mi Gente', which is based on Willy's track 'Voodoo Song', topped the charts in most Latin American countries but Balvin thought it was ''even more special'' to have the 36-year-old singer - who has just given birth to twins - on the song.

He said: ''It got Number 1 globally without any feature but when Beyonce jumped on the remix makes it more special. It wasn't strategy, it just happened. It's a love song. I'm a positive guy and I'm a big dreamer. I had a dream to have a Number 1.''

And Balvin, 32, hopes that his song has encouraged more of a ''Latin takeover.''

He explained: ''It's about no discrimination for my people. This is just the beginning of the Latin takeover.''