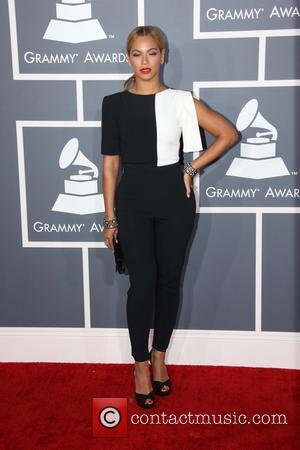 Beyonce has a sold-out world tour on the horizon, a new album in the works, and a potential reunion with her old group Destiny's Child, though it appears the R&B superstar has another ambition for the coming years: another baby. Bey and husband Jay-Z are, of course, parents to one-year-old daughter Blue Ivy, though the singer insists she wants more children.

Beyonce covers the March issue of Vogue and gushed about her first year of motherhood in the accompanying interview. "Right now, after giving birth, I really understand the power of my body," she told the magazine's Jason Gay. "I just feel my body means something completely different. I feel a lot more confident about it. Even being heavier, thinner, whatever.I feel a lot more like a woman. More feminine, more sensual. And no shame." Beyonce's love for her little girl in indisputable, though the Single Ladies hit-maker hammered home their relationship, calling Blue Ivy "my home, my best friend."

It's shaping up to be a busy few years for Beyonce - and husband Jay-Z is set to jet off on a stadium tour with the returning Justin Timberlake - however, she noted, "When I was younger, there were moments where I said, 'I'm not going to have children.And then moments when I wanted four. And now I definitely want another, but I don't know when."