Beyonce Knowles paid tribute to her close friend Gwyneth Paltrow during a concert performance on Saturday (06.10.12). 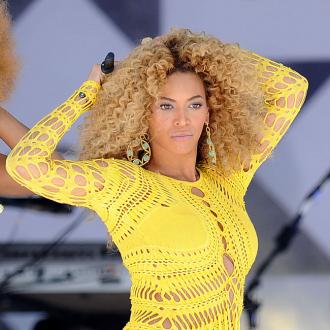 Beyonce Knowles gave a special birthday shout out to Gwyneth Paltrow during a concert performance on Saturday (06.10.12).

The 31-year-old singer joined her husband Jay-Z on stage at his concert at Brooklyn's Barclays Center for a performance of 'Diva' and 'Crazy In Love' and couldn't resist paying tribute to her close friend Gwyneth, who turned 40 recently.

Beyonce told the crowd she had to wish happy birthday ''to a special friend of mine'' and added ''Gwyn, I love you''.

For Beyonce's 31st birthday in September, Gwyneth sent her a heartfelt handwritten note from her and Chris, co-signed by their children Apple, eight and Moses, six.

She wrote: ''For dear sweet BB on the occasion of her 31st birthday... We love you so very much. Love Gwyneth, Chris, Apple, Moses (sic).''