Queen Bey and her friends dance around in their underwear to the high tempo rap track.

Beyoncé, the queen of surprises releases, has done it again, unexpectedly dropping the video for new track ‘7/11’ on Friday night (November 21st). The track features on the singer’s next release, Beyoncé The Platinum Edition, which hits shelves on November 24th. 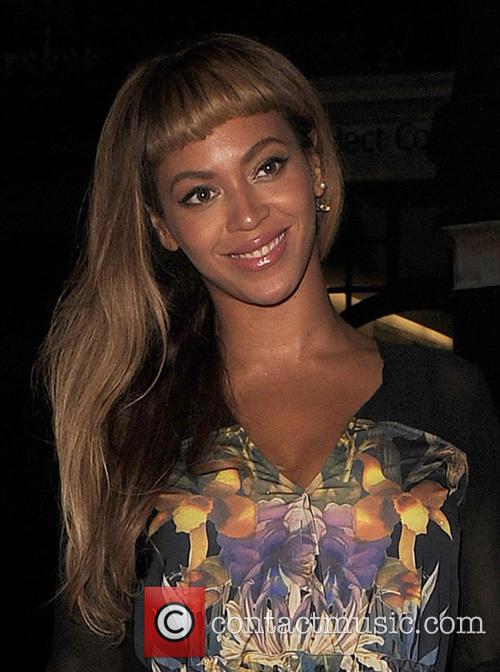 '7/11' shows a different side to Beyoncé

The video is in stark contrast to the glossy, high budget, mini movies which Beyoncé has become known for. Instead for ‘7/11’ the costumes and choreographed routines have been dropped in favour of a more fun, low key video.

Be prepared to feel as if you’re a fly on the wall watching Beyoncé and her girlfriends mess about in a New York Penthouse. The singer spends most of the time wearing just her briefs and a kale sweatshirt as she twearks, dries her hair and generally behaves as if no one is watching on her balcony, in her bedroom and even in apartment's narrow hallways

But the best part of the video comes when Beyoncé pops out of a wrapped box under the Christmas tree while her friends show off some too cool festive jumpers. There’s also a blink and you’ll miss it Blue Ivy cameo which comes in around the 0.58 mark.

As for the song itself, '7/11' is a feel good dance track where Bey encourages spinning, smacking and clapping while reminding the haters that she’s still ‘fresher than you’.

As well as ‘7/11’ Beyoncé The Platinum Edition will featured another new track, ‘Ring Off’, which the singer has already previewed on her website. While many had speculated that ‘Ring Off’ was about her own marriage to Jay-Z, instead the song’s lyrics praise her mother Tina Knowles after her divorce from Beyoncé’s father Matthew.

The Platinum Edition also includes for new remixes. Nicki Minaj collaboration ‘Flawless’, Pharrell Williams' reworking of 'Blow', a Mr. Vegas remix of ‘Standing in the Sun’ and ‘Drunk in Love’ featuring both Jay Z and Kanye West. The box set also come with a DVD of a gig from Beyoncé's 'Mrs. Carter Show World Tour' and a 2015 mini-calendar.

Beyoncé The Platinum Edition is released on November 24th.