We've been speculating whether or not Beyonce would be releasing a new album any time soon. Time to end that speculation

As the minutes were about to take us into Friday, 13 December, music fans across the globe were treated to an unexpected yet highly anticipated surprise. Just before midnight (EST) Beyonce released her all-new, fifth studio album on to iTunes, completely without warning.

Ready or not, Queen Bey is back!

The self-titled release, her first since 2011's 4, became available to download on Thursday night without any prior marketing or anouncements from the star of her PR. The release is more that your traditional album though, as Bey has designated it as a "visual album," with each track coming with it's own video.

The fourteen song collection features four collaborations, with her husband Jay Z appearing on the duet 'Drunk In Love,' Drake shows up on 'Mine' and Frank Ocean sings with Bey on 'Superpower.' 'Blue' is listed as featuring the singer's daughter with Jay Z, Blue Ivy. There are some notable absentees on the tracklist, with the Pepsi promotional single 'Grown Woman' nowhere to be seen. The H&M commercial-featuring 'Standing on the Sun,' co-penned by the hotly-tipped Sia, is also nowhere to be found on the 'visual album.'

The album is expected to appear exclusively on iTunes for the next week, before it is made available of retail release on Saturday, December 21, according to sources speaking with Billboard. With no 'Grown Woman' or 'Standing on the Sun' available, two official singles are expected to be announced as the lead singles next week, with the singles being released on differing formats. 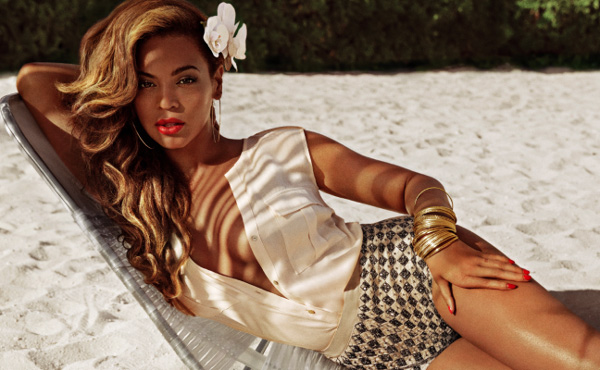 Next page: what does Beyonce have to say and her UK tour