Beyonce Lip Sync Has Aretha Franklin "Cracking Up" With Laughter 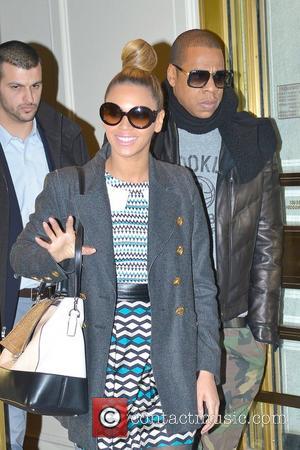 Beyonce's lip sync throughout the Star Spangled Banner at President Obama's inauguration ceremony had one soul legend in tears, though not tears of joy. Frankly, we're not quite sure why Aretha Franklin was having a good old giggle, but she was. "When I heard the news this evening that she was pre-recorded I really laughed. I thought it was funny because the weather down there was about 46 or 44 degrees and for most singers that is just not good singing weather," she told ABC News.

Aretha - who performed at Obama's first inauguration in 2009 - maintained that Beyonce had done "a beautiful job," despite lip-synching, saying, "When I heard that I just really cracked up. I thought it was really funny, but she did a beautiful job with the pre-record." Soul legend Aretha - known to be one of President's all-time favourite artists - said she never thought of miming when she performed My Country Tis' Of Thee four years ago, saying, "'I wanted to give people the real thing and pre-recording never crossed my mind."

The controversy concerning Beyonce's lip-syncing began when a spokesman for the Marine Corps Band (who provided the musical accompaniment for the song) said that she did not sing in real time. Hours later, a Marine spokesman backed off the claim, insisting that he didn't know one way or another.

Check out the video of Beyonce's Inauguration song: do you think she sang live, or was it a very good lip-sync?