Beyonce Knowles has revealed she was worried people would realise she was pregnant before she made her announcement in August. 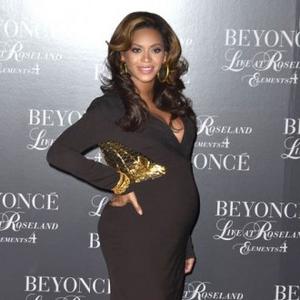 Beyonce Knowles was terrified people would realise she was pregnant before she was ready to announce it.

The '(Run the World) Girls' hitmaker and her rapper husband Jay-Z are expecting their first child together in February and while Beyonce revealed the good news at the end of August, she was sure people would guess her secret when she played a series of concerts in New York earlier that month.

Speaking at the New York screening for her new concert DVD 'Beyonce Live at Roseland', she said: "The whole time I definitely was thinking, 'Everyone knows, everyone can see.'

"When you're pregnant, it's a little bit harder to breathe, so it was hard doing all the choreography and singing at the same time."

Although Beyonce managed to keep her pregnancy a secret until she was ready to reveal it, her Destiny's Child bandmate Kelly Rowland recently accidently let it slip that the singer is expecting a little girl.

She said: "I'm so happy for my sister and her husband. They're so happy In This Moment right now, as they should be. They've made a little bundle of love, I'm so excited for them.