Beyonce Knowles To Star In Epic 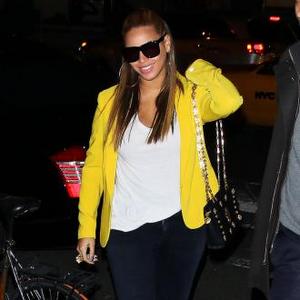 The 'Halo' hitmaker will join a star studded cast including Colin Farrell as Ronin, Josh Hutcherson as Nod, Amanda Seyfried as Mary Katherine, Johnny Knoxville as Mandrake, rapper Pitbull as Bufo and Steven Tyler as Nim Galuu in the new movie from the makers of 'Ice Age' and 'Rio'.

'Epic' tells the story of a teenage girl who finds herself magically transported into a secret universe, where she must band together with a rag-tag team of fun and whimsical characters to save that world, which in turn rescues The Real World from destruction.

This is the first film Beyonce has signed up to since giving birth to her daughter Blue Ivy in January.

Beyonce will next star in the remake of 'A Star Is Born', playing an aspiring singer who falls for an older rock star in the movie, which will be directed by Clint Eastwood and his producing partner Rob Lorenzo.