Beyonce Knowles' pregnancy could delay production on the Clint Eastwood directed 'A Star Is Born'. 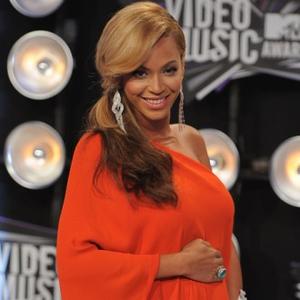 Beyonce Knowles' pregnancy could delay production on 'A Star Is Born'.

The 'Halo' singer announced she is expecting her first child with husband Jay-Z during the MTV Video Music Awards on Sunday (28.08.11) and while filming of the Clint Eastwood directed remake about an aspiring singer who falls for an older rock star was set to begin in February, her pregnancy could push back filming to later in the year.

However, this will allow Clint to find a co-star for Beyonce after his first choice Leonardo Dicaprio turned down the part.

Will Smith, Robert Downey Jr. and 'Mad Men's Jon Hamm have all previously been linked with the role.

Will Fetters wrote The Script for the new Warner Brothers version of 'A Star Is Born' while Bill Gerber, Jon Peters and Basil Iwanyk are set to produce with Clint's producing partner Rob Lorenzo sharing the directing duties.