Beyonce Knowles closed the Glastonbury Festival last night (26.06.11) with a hit-laden set incorporating a number of covers and material from her former group Destiny's Child. 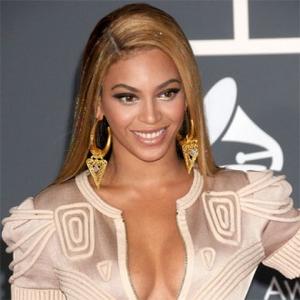 Beyonce Knowles felt like a "rock star" as she closed the Glastonbury Festival last night (26.06.11).

The 'If I Were A Boy' singer stunned revellers by playing a number of covers during her energetic set at the world-famous music event in Somerset, South West England, as well as a collection of songs by her girl group Destiny's Child.

As she began her performance on the Pyramid stage, Beyonce told the 170,000-strong crowd: "I want you to know right now you are witnessing my dream.

"I always wanted to be a rock star and tonight we are all rock stars."

Beyonce - the first female solo headliner at the event in 25 years - sang Prince's 'The Beautiful Ones', Kings Of Leon's 'Sex on Fire' and a rendition of the Eurythmics' 'Sweet Dreams', as well as a Destiny's Child medley, but her former bandmates Kelly Rowland and Michelle Williams did not appear alongside her as had been rumoured.

The singer wore a low-cut gold sequinned jacket and black hotpants throughout her 90-minute set, which saw rapper husband Jay-Z and friend Gwyneth Paltrow looking on from the VIP area.

She opened with 'Crazy In Love' and wowed the crowds with 'Single Ladies (Put A Ring On It), as well as latest single 'Run The World (Girls)' before closing the festival with 'Halo'.

Beyonce spent most of the weekend at the festival with her husband, and revealed before her performance she had sought advice from her fellow headliners Coldplay and U2.

"For Glastonbury to recognise that women have the power to headline, that's amazing, and I'm proud that I am the chosen woman. I am going to rock!"

'Single Ladies (Put A Ring On It)'

'Best Thing I Never Had'