The birthing suite to be used by Beyonce Knowles is being prepared at St Luke's Roosevelt Hospital in New York. 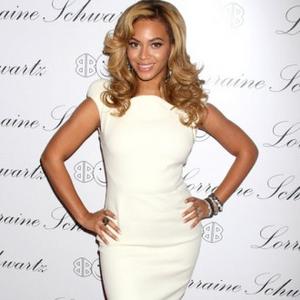 Beyonce Knowles' birthing suite is being prepared in New York.

The 'Best Thing I Never Had' singer - who is expecting her first baby with husband Jay-Z - is thought to be at the nine month mark of her pregnancy and staff at St Luke's Roosevelt Hospital in the city, the same where Alicia Keys had her baby, are being prepared for her to give birth.

The hospital is said to be "buzzing" about the preparation and half of one floor has been set aside for her, according to MediaTakeOut.com.

In September the 30-year-old beauty admitted she was six months pregnant while she shot the video for her song 'Countdown'.

Beyonce recently confessed she was hoping to have plenty more children to add to her family before she turns 40.

She said: "I have always said that I want to have All My Children by the time I am 40, so there's still a lot of time left. There is an attraction for sure about having a large family, but we will just have to see what we are blessed with."

Both her mother Tina and sister Solange were recently spotted shopping for baby clothes in Dallas, Texas.