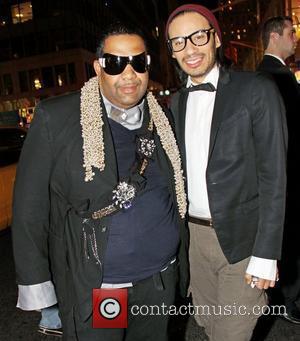 R&B superstar Beyonce is set to join Coldplay and U2 as a headliner at U.K. music festival Glastonbury, according to an online report.
Chris Martin's band were confirmed on Monday (07Feb11) as one of the big acts to hit the stage at the three-day event in June (11), while U2 have long been linked to a top slot at this year's festivities after Bono's back injury forced the Irish rockers to pull out of the 2010 event.
The full official line-up has yet to be unveiled, but founder Michael Eavis recently revealed, "There's an American artist that I've been wanting to have for years."
His comments have sent gossips into a spin and now website HolyMoly.com claims the mystery star is Beyonce.
If the rumours are true, it would be the Crazy In Love hitmaker's first performance at Glastonbury. She previously attended the festival in 2008, when she turned up to support her husband Jay-Z as he headlined the traditionally-rock event.
A spokesperson for Beyonce has yet to comment on the reports.