They are being given away in the wake of hundreds of empty stadium seats.

It sounds like Beyonce and Jay-Z are struggling with their UK popularity as ticket sales just aren't moving. Their first couple of shows in the country were littered with empty seats, and now organisers are attempting to give tickets away just so they can fill the stadium. 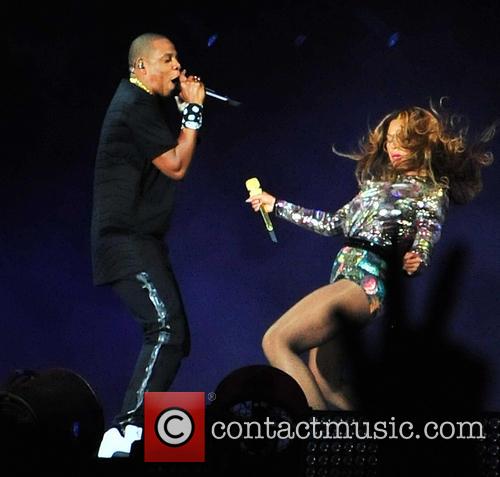 Beyonce and Jay-Z performing in Paris

Ticket sales are doing so badly for the couple's On The Run II tour that people are actually being handed tickets for free in car parks following the sparse attendance of their shows at Cardiff's Principality Stadium last Wednesday (June 6th) and Glasgow's Hampden Park on Saturday (June 9th).

Fans took to Twitter over the weekend to report that free tickets were being given away in Hampden Park parking lot; tickets worth anything from £51 to £475. It's likely the same sort of thing will be happening at Manchester's Etihad Stadium tonight (June 13th) and at London Stadium on Friday and Saturday (June 15th and 16th), where hundreds of seats are still yet to be snapped up.

In fact, only nine out of the scheduled 48 dates in North America and Europe have actually sold-out, which could mean the couple's poorest ticket sales in their career history.

Following their European dates, Jay-Z and Beyonce will hit North America, kicking off at Cleveland's FirstEnergy Stadium on July 25th with support from Chloe x Halle and DJ Khaled. The tour is set to wrap at Seattle's CenturyLink Field on October 4th.

It's a shame that ticket sales aren't doing better, especially when you consider that On The Run II is kind of a public show of solidarity in their marriage. After all the 'Lemonade' and 'Family Feud' drama, this is all about putting the bad memories, the cheating and the pain, behind them once and for all.

It just goes to show that exploiting your personal life for the betterment of your career can only take you so far.