What Can We Expect From Beyonce and Jay-Z Going 'On The Run' Together?

Beyonce and Jay-Z are heading out on tour together, what can we expect from music's most famous couple?

In what promises to be some of the most exciting gigs of the summer, Mr and Mrs Carter ie Beyonce and Jay-Z are teaming up together for the 'On The Run' tour. Arguably music’s most successful couple, the 15 date tour, which is so far only reaching North America, will mark the first time the pair have hit the road together. Whilst no details have been given yet on how the actual shows are going to play out, one thing’s for sure, Beyonce and Jay-Z combined is going to make for one epic tour. 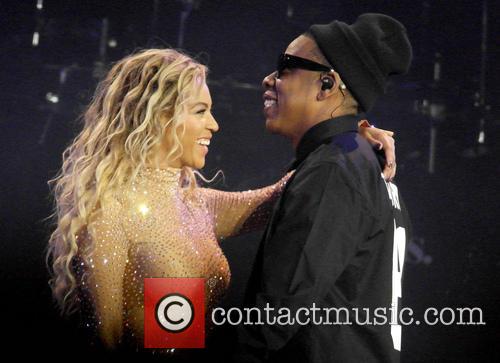 Whatever the reason behind the couple touring together, (wanting a big fat payday, wanting to spend time together or most likely both), we can be certain that Beyonce and Jay-Z are going to put on one heck of a show together. If Beyonce’s solo 'Mrs Cater Show' world tour is anything to go by expect a massive production that will surely only get bigger with Hova onboard. As for Jay-Z, he loves the combined tour gimmick. Last year he hit the road with Justin Timberlake for the 'Legends of Summer' tour and previously he teamed with Kanye West for the 'Watch the Throne' tour.

Most likely the power couple will want to give each other a good bit of solo stage time. We’d expect that Beyonce’s set will be made up of songs from her most recent self titled release as well as all the classic tracks we just have to hear. As for Jay-Z he’ll probably be showcasing much of his Magna Carta Holy Grail album as well as dropping in some classics.

Watch Jay-Z and Beyonce leaving a LA restaurant together

The real treat will come when Beyonce and Jay-Z take the stage together. As for which songs they’ll preform, the couple certainly have a wealth of tracks to choose from. We can assume ‘Drunk in Love’ from the Beyonce album is a definite as well as ‘Part 2 (On the Run)’ from Magna Carta Holy Grail. Of course there’s a couple that they just couldn't get away with missing out, ‘Upgrade U’, ‘03 Bonnie & Clyde’ and of course ‘Crazy in Love’ spring to mind. But however many of their joint endeavours they decide to perform we know that fans are in for a real treat. Every time Beyonce and Jay-Z take to the stage together magic ensues so a full blown musical medeley is bound to be show stopping.

The 'On the Ru'n tour so far consists of dates in 16 US cites, but don’t worry European fans there’s strong rumours that the tour could land overseas in the Autumn. A great as Beyonce and Jay-Z are on their own, a combined tour is bound to be something special and we just can't wait to see how it turns out.

More: Jay-Z Had To Impress Beyonce Beyonce and Jay-Z's tour will hit 16 US cities