Jay Z and Beyonce have released a mock-trailer for a 'never coming' out movie called 'Run,' to promote their upcoming joint tour. Here are our ten highlights from the 'trailer.'

In a pretty spectacular move to distract us from the Solange vs. Jay Z saga, the power couple have released a mock-film trailer to promote their upcoming joint tour.  The clip, which claims to be a trailer for a film called 'Run,' was released on Saturday and hot damn, it's a smorgasbord of all the Beyonce and Jay Z stuff we love so much.  But what are our highlights from the 'Run' trailer, you're asking?  Well, we'll tell you.

It’s not the first time that Bey and Jay have cast themselves in Bonnie and Clyde style roles. Remember their music video for Bonnie and Clyde ’03? Perhaps the ‘RUN’ trailer is meant to be the prelude? We certainly get the feeling that the married couple have this perception of themselves as partners-in-crime. They still seem just as hot for each other 12 years after Bonnie and Clyde came out, maybe they’ve got the right idea!  Either way, we love that these two are sort of parodying themselves in the vid.  Or at least we think they are...

Beyonce takes it upon herself to try out practically every gun ever made in the mock-trailer.  Looking hot as hell, Bey is the hottest gun-toting girlfriend we've ever seen, showing that she'll go to any means to protect her man.  Unless it's her sister attacking him, then she'll leave it to the bodyguard.

Jay puts in a surprisingly good acting performance in the mock-trailer. He doesn’t come across as wooden or awkward, he’s actually more believable (dare we say it) than Beyonce.

It’s not just Bey that knows how to handle a gun. Emmy Rossum looks insanely hot in a dressed as a policewoman, firing a gun at a fleeing Beyonce.

6. Blake and Bey are BFFs

Blake tries to talk Beyonce out of her bad a** b*tch ways, but she just loves her man too much.  When you're that Crazy in Love there's nothing left to do but stick on a balaclava and start shooting at everyone.

Jake Gyllenhaal has a serious case of the crazy eye going on, but he’s still crazy hot so it’s cool.  We'd quite like to see Jake cast in the role of a deranged drug dealer or something now, he's shown potential.

8. Rashida and Kidada Jones in a lineup with a blood-stained Beyonce

“I mean come on!” Definitely our highlight of the trailer.

Sadly, at the end of the mock-trailer it announces that ‘Run’ will ‘NEVER’ be coming out. It may look and feel like a real movie, but we may never get to see a feature length film. Kickstarter campaign, anyone? 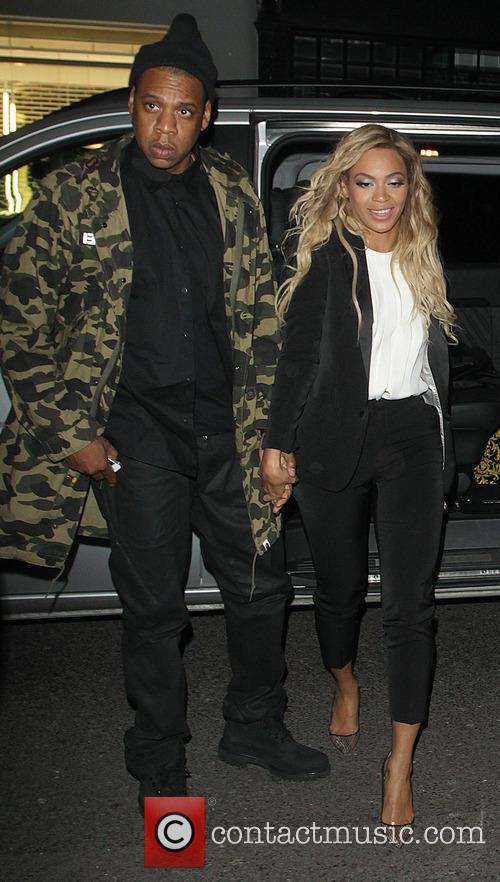 10. We get a sneak peak at the tour track list

If you pay attention to the backing music rather than all the outrageous action (which is hard), you'll get an idea of the songs that the pair will be including on the upcoming tour.

MORE: Beyonce and Jay-Z are on the "Run" in new star-packed "trailer"

Watch the "trailer" for Jay Z and Beyonce's movie/tour: