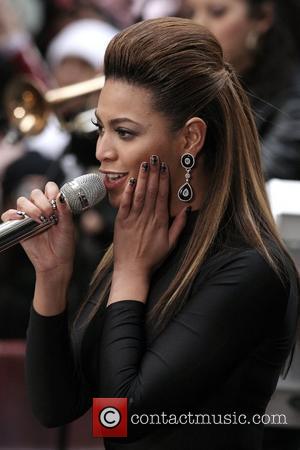 R+B queen Beyonce Knowles struggled with depression for two years when her former group DESTINY'S CHILD went through a series of line-up changes - because everyone blamed her for the band's troubles.
Destiny's Child's original line-up consisted of Knowles, best pal Kelly Rowland, and childhood friends LeToya Luckett and LaTavia Roberson.
But it was all change in late 1999 when Luckett and Roberson accused manager Mathew Knowles, father of Beyonce, of failing to pay them an equal share of profits and alleged he gave preferential treatment to his daughter and Rowland.
Singers Michelle Williams and Farrah Franklin were hired to replace the disgruntled members and the new group went on to shoot the video to hit single Say My Name.
However, it was only when Luckett and Roberson saw the promo that they reportedly realised they'd been kicked out of the band. They subsequently filed suit against Beyonce, Rowland and their manager, claiming breach of partnership and fiduciary duties.
They settled out of court, but the Bills, Bills, Bills hitmakers soon became a trio - when Franklin quit just five months into the job.
Many critics held Beyonce responsible for the disputes within Destiny's Child and she was targeted on blogs and in the press.
And the Crazy In Love star admits those were the darkest days of her career.
She says, "For a couple of years when I was 19 I suffered depression."