Beyonce has been flying on Sir Alan Sugar's private jet after her camp reached an agreement with 'The Apprentice' star to follow her use of the plane for her 'Mrs Carter' world tour. 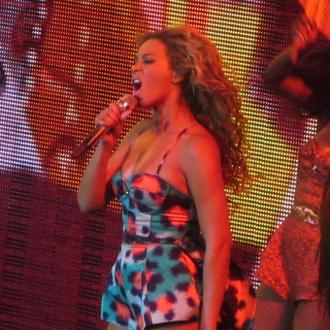 The 'Love On Top' hitmaker and her camp have made a deal with 'The Apprentice' UK star to allow her to use his £18.5 million Embraer Legacy 650 to travel between concerts in Europe and the US.

An insider told The Sun newspaper: ''He spent a lot on it so it makes perfect sense to make some money back when he can.

''The firm he rents the jet through was approached by Beyonce's people and after a bit of bartering they agreed on the price''.

The 31-year-old singer is said to have rented a luxury home in Berkshire, south east England for the duration of her stay in the UK as part of the 'Mrs Carter' tour.

The star played three shows in Manchester this week and reportedly jetted in and out of the city via a private terminal at the city's airport.

Alan's plane - which has a cruising speed of 500 miles per hour - features an all-leather interior with three cabins, a bathroom and an entertainment system.