Beyonce Knowles entertained Michelle Obama and her two children, Sasha and Malia, at her gig in Atlantic City, New Jersey, on Saturday night (26.05.12). 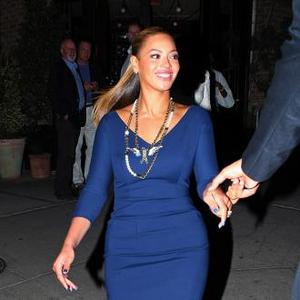 The 30-year-old singer wowed the crowd, which included the First Lady - the wife of US President Barack Obama - and their two children, Sasha and Malia in her second performance since giving birth to daughter Blue Ivy in January.

During the gig, she told the crowd: ''Y'all don't know how hard I had to work. I had to lose 60 pounds. They had me on the treadmill, eating lettuce.''

Beyonce got her fans going at Revel Resorts in New Jersey by shouting, ''Atlantic City, snap your fingers'', before she launched into 'Love On Top', which Sasha and Malia sang along to.

The singer - who is married to rapper Jay-Z - went on to perform a number of her hits including 'Run The World (Girls), 'Naughty Boy', 'Crazy In Love', and 'Single Ladies'.

Michelle's attendance at the concert comes shortly after the First Lady admitted she would love to be Beyonce if she wasn't the wife of the US President.

''The power of music, being able to play an instrument... It looks like musicians just have the most fun.''