Beyonce says her 15-month-old daughter Blue Ivy loves music, which she thinks is because she has always been around performers, even when in the womb. 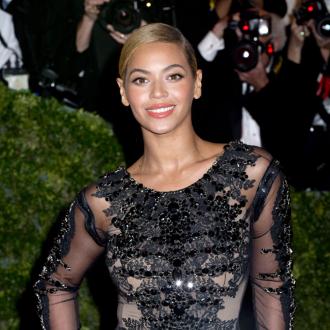 Beyonce's 15-month-old tot has developed a love of salsa music which the superstar thinks stems from her being pregnant while she accompanied her rap mogul husband Jay-Z on tour.

She explained: ''Right now, she just likes tempo. She likes salsa - anything with a beat. Which makes sense because I was on tour when I was pregnant, and then I went on her dad's tour and the 808 was probably shaking the womb...''

The 'Run The World (Girls)' singer has just celebrated her fifth wedding anniversary to Jay-Z - whose real name is Shawn Carter - with a romantic trip to Havana, Cuba, and she believes their marriage works so well because he supports every decision she makes - most recently her choice to make a feature-length documentary, 'Life Is But a Dream', for which she let cameras film their every move.

She told Britain's Vogue magazine: ''I'm still very protective of our relationship and always will be. But I think he's very proud because he's been there every step of the way.

''The film was such a big part of my growth... He's just very proud that I was bold enough and confident enough to do something that was a dream.''