Beyonce, U2, Foo Fighters and Muse are all battling it out to be named Headliner of the Year at the UK Festival Awards on November 15. 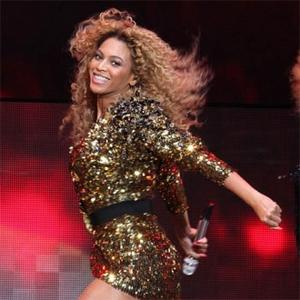 Beyonce, U2, Foo Fighters and Muse are battling it out to be named Headliner of the Year at the UK Festival Awards.

All acts who headlined festivals in the UK in 2011 are in the running for the awards - including Linkin Park, Pulp The Eagles and Prince - and the public have now been urged to vote for their favourite.

Pulp reformed for a run of festival shows across Europe this summer, including the Isle of Wight Festival, Wireless, T In The Park, Reading and Leeds in the UK, and said they were spurred to reunite for their first shows since 2002 by the death of a friend who was close to the band.

Singer Jarvis Cocker said: "I think [the death] had a lot to do with it. You suddenly realise you can't take things for granted."

Guitarist Mark Webber added: "I always thought we'd do something together again eventually, but when he died, I realised we should maybe grasp that opportunity."

Other categories in the awards include Best Breakthrough Artist, which has a shortlist including

Katy B, Wretch 32, The Vaccines, Viva Brother, Ed Sheeran and Anna Calvi, among others.

Winners will be announced at the UK Festival Awards ceremony which will take place at London's Roundhouse venue on Tuesday, 15 November.

Public voting for the awards is open now, and fans can see shortlists and cast their vote online.