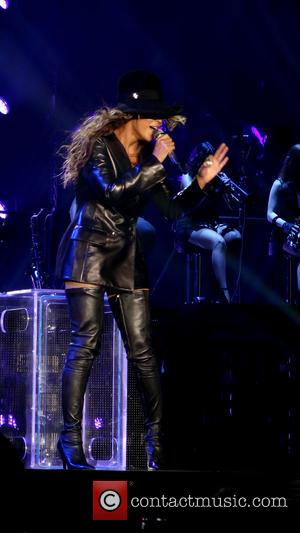 Beyonce might have been on the wrong end of a tongue lashing from Amy Winehouse’s father, Mitch Winehouse, but it was nothing to the sort Andre 3000 received as Winehouse Sr once again tore into the cover of Back To Black that the pair had recorded for Baz Luhrmann movie, The Great Gatsby.

Previously, Winehouse had blasted Beyonce in The Daily Mail, saying that he hadn’t given her permission to use the song and that he didn’t think “she brings anything to it.” He added “They have got to pay for the privilege, which is what they are doing. I can’t tell you how much it is but it’s a lot of money.”

Now it’s Be’s collaborator, Outkast’s Andre 3000, who has ended up the wrong side of a Mitch-ing session. Apparently having heard Andre’s vocals on the track for the first time, Mitch took to Twitter to scathe “I just heard the Andre part of Back to Black. Terrible. He should have let Beyonce do it all. Mitch.” Oof. Thankfully for the pair, Mark Ronson – who worked with Amy on the original version of the song – has been rather more accepting of the new rendition, with MTV reporting that he told his East Village Radio show "I'm flattered and honored. I know Amy would be too." What do you think? Listen to both below.

Watch Amy Winehouse Back To Black video below