Beyoncé and Jay-Z want to hire a French-speaking nanny to look after their daughter Blue Ivy as they want their tiny tot to learn the language. 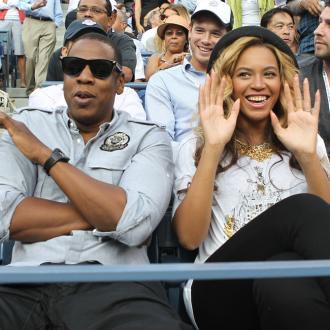 Beyoncé and Jay-Z want to hire a French-speaking nanny to look after their daughter.

The showbiz couple have gone in search of a bilingual child minder to look after their 20-month-old baby Blue Ivy - who was reportedly conceived in France - as they spend so much dashing around Europe and think it will be beneficial for their tiny tot to learn the language.

A source told The Sun newspaper: ''Beyoncé and Jay have started advertising for a nanny who is happy to travel the world with them.

''The other main stipulation is that she is bilingual.

''They want a French speaker for a number of reasons. The family have a real connection with France and Beyoncé's nephew Julez is a French speaker, because his dad is French.

''They've already started seeing candidates and have been getting advice from friends including Gwyneth Paltrow. ''

The pair, who tied the knot in 2008, are currently enjoying a Mediterranean adventure with baby Blue after the family flew to Europe last week following Beyoncé's headlining performance at the Made in American festival, held in Philadelphia, Pennsylvania, on September 1.

The couple reportedly ran up a £20,000 bill in just five days onboard their private yacht after splashing out on the finest beverages available, including Belvedere vodka, Rémy Martin cognac, Dom Perignon and Armand de Brignac champagne.

A source said previously: ''Jay's really into his expensive booze but his food tastes are really simple.''