Beyoncé and Jay-Z hire biggest ever security team for tour

Beyoncé and Jay-Z have called in 500 security staff to protect them and their daughter Blue Ivy during their upcoming 'On The Run' world tour. 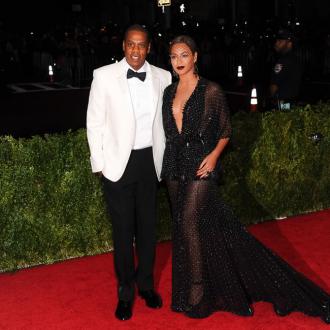 Beyoncé and Jay Z have hired a 500 strong security team to protect them on tour.

The couple have reportedly called in the mini army to watch over them and their two-year-old daughter Blue Ivy during their 21-date 'One The Run' tour which kicks off in Miami tomorrow night (15.06.14).

The team will include 16 personal bodyguards on 24 hour watch and a 40-man security support group which will be increased on performance days by 21 specialist bouncers, 300 crowd security staff and a further 50 trained team members to stop potential stage stormers.

Venues including the famous Rose Bowl in Los Angeles have also increased their own security personnel to protect Beyoncé, 32, Jaz Z, 44, and their young daughter from potential ''stalkers and kidnappers''.

A source told The Sun newspaper: ''Beyoncé is a keen advocate of a work/life balance and wants to show she is a dedicated working mother.

''Despite the family's billion-dollar worth, Beyoncé is keen to be the most hands on mum in music.

''They will not stop short of covering every aspect of their security, from crazed fans to potential stalkers and the unthinkable - kidnappers. Their security needs are like a military operation.''

The 'One The Run' world tour - which is expected to make around £60million - will see the couple perform in 16 cities across North America before heading to Europe for a two-night stint in Saint-Denis, France.