Who cares which movies and shows won the Golden Globes? All the star-studded audience were concerned about was which after-parties they'd be hitting first, who'd be offering the best champagne and canapés, and where their best buddies were heading. Heaven forbid that Eva Longoria, Jessica Alba, Miranda Kerr and Kelly Obsourne would get it wrong and head to the WRONG party. The party that boasted only a handful of photographers camped outside, the party that Bradley Cooper wasn't at, the party didn't have the best goodie bag. You can bet your bottom dollar that the aforementioned stars had their publicists working overtime to work out a perfect after-party schedule.

So who had the best bashes in Beverly Hills on Sunday evening?

A sea of celebrities descended on the Warner Bros/In Style Golden Gloves after-party, probably because it was also held at the Beverly Hilton Hotel. Who wouldn't want to call into a bash that had Leonardo DiCaprio hanging out by the bar, or new mom Charlie Theron chatting to Globes host Tina Fey? According to InStyle, Sofia Vergara was wandering around with her son, at one point asking, "He wants to take a picture with Brad Pitt and Angelina Jolie-are they here?" Vergara later challenged Ty Burrell to a dance-off to Usher's 'DJ Got Us Falling In Love.' 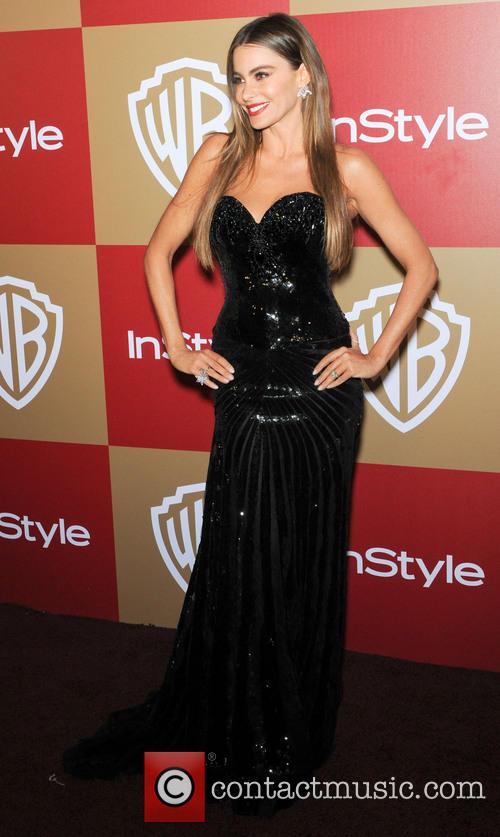 Elsewhere at the after-party, the 33-year-old Bond girl beauty Berenice Marlohe wore a black strapless bandeau dress with feather detail and silver gems. The French actress opted for one of the more dramatic looks at the awards' show, though certainly turned heads. It was a half-successful night for her movie Skyfall, which picked up best song (Adele), though missed out on the major prizes. It was snubbed entirely from the Oscar nominations on Thursday (January 10, 2013) despite some ambitious predictions that it could be up for Best Picture, or Best Actor (Daniel Craig). 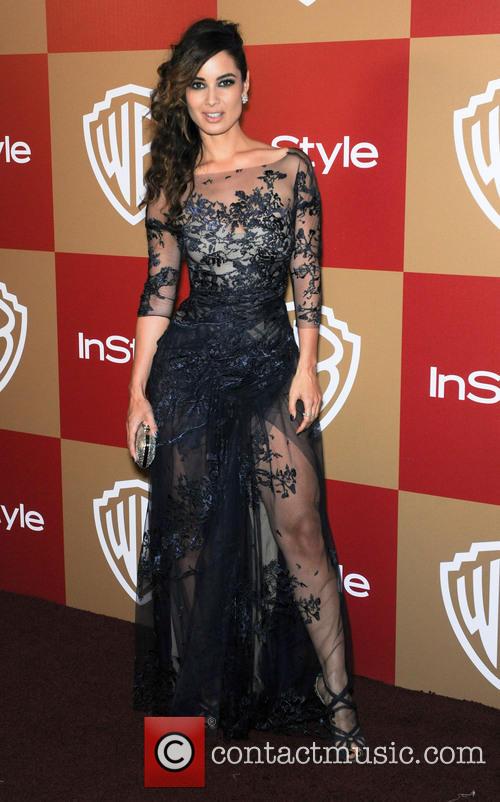 Berenice Marlohe Had One Of The Evening's Most Dramatic Looks

Kelly Osbourne received mixed reviews for her Zac Posendress dress, Giuseppe Zanotti shoes, Judith Leiber bag, and Jacob & Co jewels. The outfit didn't really work - despite Osbourne's day job as a fashion critic - though the 28-year-old seemed happy enough with her ensemble. She even heaped praise on a couple of her fellow celebrities, tweeting, "Katharine McPhee look bloody amazing #eredcarpet what do you guys think?" 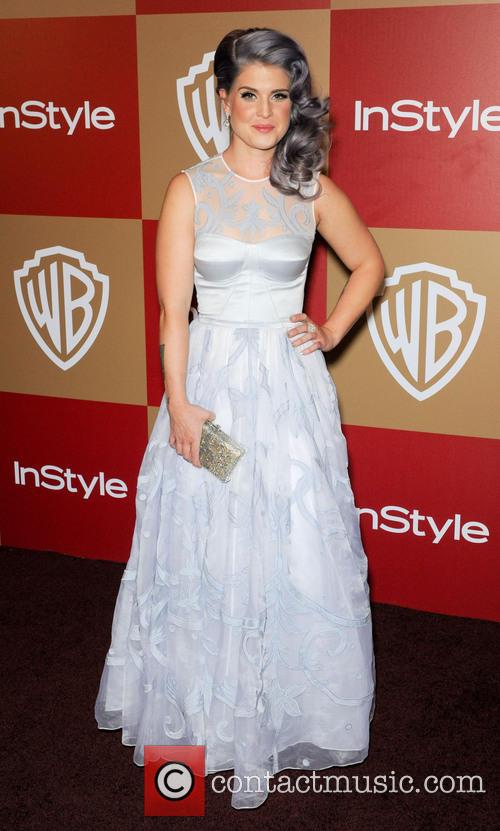 Kelly Osbourne Picked Up Mixed Reviews For Her Ensemble

Full of booze and ready for more free fun, the celebrities no doubt left the InStyle after-party and headed for the HBO bash, downstairs at the Circa 55 restaurant in Beverly Hills. Of course, all those working on HBO productions were probably forced to arrive promptly and stay all night, (though we're sure some slipped out to Harvey Weinstein's bash, which just looked better, plus Mel Gibson was at HBO). Anyway, the network's party was full of the Hollywood old-guard. Jane Fonda, Aaron Sorkin, Mel Gibson, Steve Buscemi, JEREMY IRONS!, Jeff Daniels - no wonder the young cats left for the InStyle bash. But anyway, there was plenty of good conversation to be had, not least by Gibson, who certainly has a story or two to tell. 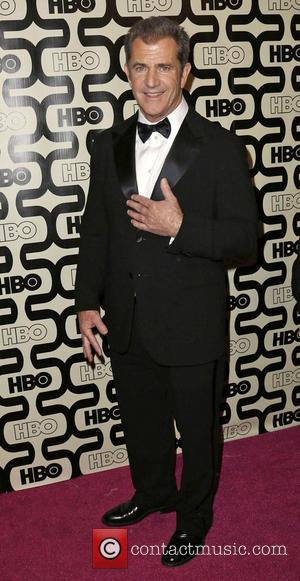 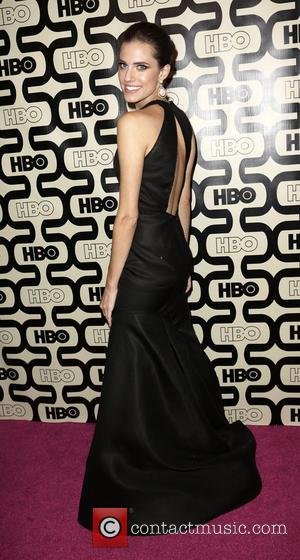 All the fashion talk before this year's Golden Globes focused on who would be brave enough to "Do an Angelina" and get their legs out. Brad Pitt's partner created a right old stir at the Oscars in 2012, letting her leg creep out from the slit in her velvetty Versace dress - and it seems as though the whole thing caught on! This year, it was Eva Longoria who tried out 'The Angelina', even opting for the same colour dress. To be fair to the former Desperate Housewives actress, her whole ensemble looked nice and blingy and sparkly, i.e, it didn't have the gothic weirdness of Jolie's creation.

Though most eyes were focused on New Girl's Zooey Deschanel, we were more interested in her co-star Olivia Munn's ensemble. The actress - who also stars opposite Jeff Daniels in Aaron Sorkin's The Newsroom - opted for a very natural looking black and white creation. A big thumbs up from us.

Now, the big one. Ok, so the InStyle After-Party, but Harvey Weinstein's party is the bash that everybody wants to be seen at. It's the cool one. As you probably know by now, producer Harvey Weinstein is one of the most powerful men in Hollywood during awards' season. Basically, if he thinks you're worthy of an Oscar nomination, he'll do anything he can to get you it. Though he's backed Django Unchained, Harvey's little project this year is David O'Russell's Silver Linings Playbook, starring Bradley Cooper, Jennifer Lawrence and Chris Tucker. The movie is up for a slew of Oscars and scooped a couple of Golden Globes on Sunday. Weinstein's after-party certainly appeared to be the most interesting. According to the New York Times, "There was even more heat at the table for another Weinstein film, “Django Unchained,” where the writer-director Quentin Tarantino, a winner for best screenplay, sat with the movie’s stars, Leonardo DiCaprio, Jamie Foxx and Kerry Washington, and a blonde who occasionally got up to dance for him."

Unsurprisingly, the Weinstein company's party also boasted some of the best dressed men and women at the Globes. Kate Hudson looked elegant in a slimming black dress with gold detail, while The Master's Amy Adams wore a nude creation that scored highly with the fashion bloggers. 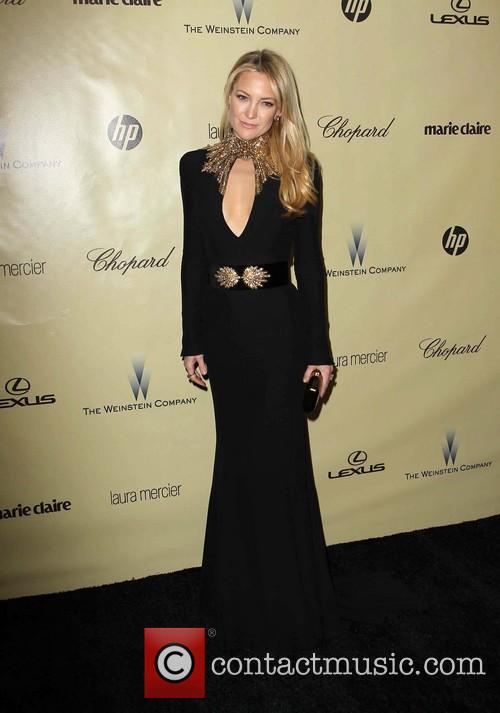 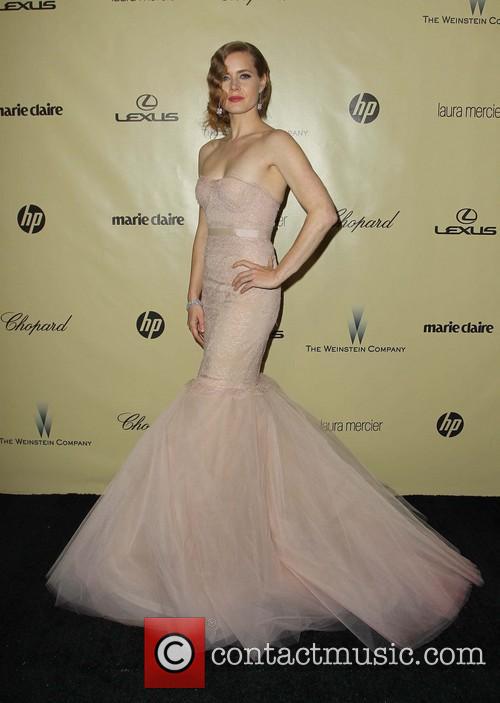 Amy Adams Looked Dazzling In Her Nude Number. She Was Nominated For An Oscar For The Master Last Week 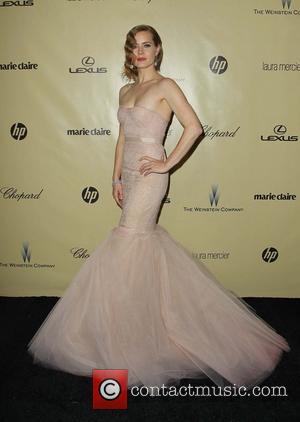