Terrific news for Beverley Mitchell and her husband Michael Cameron! It’s been confirmed that the couple have welcome their first child into the world together, with daughter Kenzie Lynne reportedly being born last Thursday (March 28, 2013)!

According to the actress’ rep, little Kenzie Lynne was born weighing 5lbs and 15 oz., measuring 18.5 inches in a hospital in Santa Monica, California. The pair have been married for four and a half years before having this, their first child. Previously, Mitchell has told Us Weekly that the pair hadn’t decided on the name until they’d set eyes on their new kid, wanting to see how it looked before picking the most suitable name. "We want to meet her first," she’d said. "I already know she's got tons of personality in there, because she's definitely an active one: turns, kicks, jabs, the whole nine yards!"

She’s certainly not alone among her pals in having a kid either, telling the same publication "I'm actually the first one out of my closest friends to have a baby, but I've got a few right behind me: JoAnna Garcia, Jenna Dewan, Jamie-Lynn Sigler. Hopefully I'll have a lot of tips for them. They'll see how I get along and then we'll figure it out."

Jessica Biel And Justin Timberlake's Wedding: Behind The Scenes

It wasn’t the steadiest of roads, but after a somewhat bumpy five years that included more than one break-up, Jessica Biel and Justin Timberlake tied the knot over the weekend in a glorious Italian ceremony, and we’ve got just about all the details to tell you about it.

In what was a reasonably intimate affair in the Southern Italian town of Fasano, US Magazine was the first to get a sneak peak at the aftermath of the ceremony, and it was by no means a half-hearted affair.

The magazine reveals that the pair, who wedded in front of an estimated 150 close friends and family, held their wedding at the exclusive Borgo Egnazia resort, surrounded by olive trees and cactus plants and set in the rolling hills of the picturesque coastal town. Sources also revealed to the magazine that the resort was also adorned with white flowers hanging from the walls and balconies throughout the fortress-like resort, with the two exchanging their vows at the resort’s very own chapel. 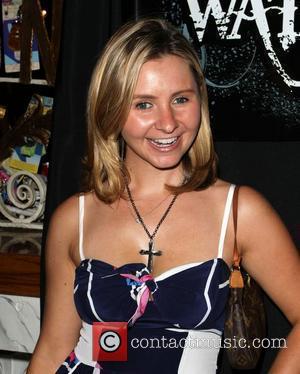