What did the cast and crew of 'Hot in Cleveland' get Betty White for her 93rd birthday? A flash mob!

The cast and crew of Hot in Cleveland presented Betty White with a special surprise to celebrate her 93rd birthday on Saturday (17th January). Check out White's heart-warming reaction! 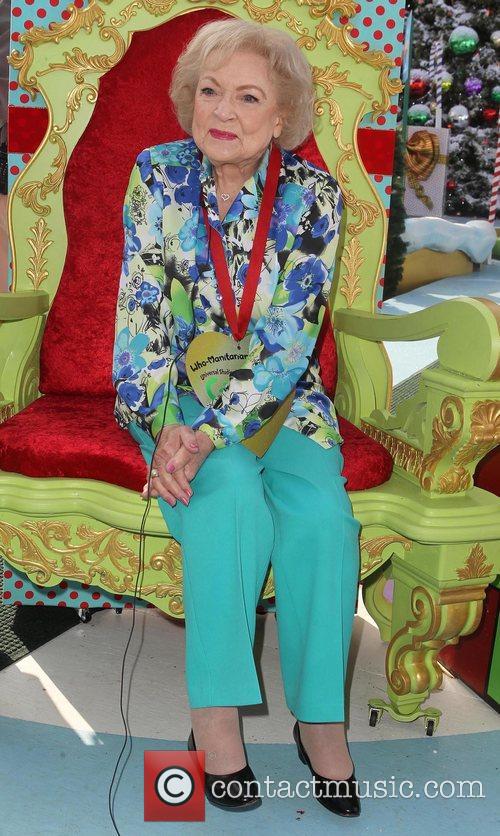 Betty White's reaction to her birthday flash mob is heart-warming.

White was treated to an elaborate surprise when her fellow cast and crew members formed a flash mob. Her surprise and the impressive performance were filmed and the Hot in Cleveland stars shared the footage on social media.

White was being escorted by her assistant in a golf cart as they crossed the set and was completely unaware of the surprise which lay in store for her. At first one woman appears wearing a lei garland and begins to perform a Hula style dance. White immediately joins in dancing, still seated in the cart but is overwhelmed when the rest of the flash mob appears.

White claps through the entire performance and is evidently overjoyed by the surprise although she jokes "At 93, you shouldn't be doing this!"

The main cast of Hot in Cleveland - Jane Leeves, Valerie Bertinelli and Wendie Malick - also shared their pictures from the flash mob on Twitter. Leeves tweeted a picture in which she dances alongside Malick and wrote 'Hawaiian flash mob for Betty's birthday!  She was very surprised.' Bertinelli described the celebrations as the 'Best Day Ever' and Leeves added "We love you so much".

Read More: Betty White Did Not Die. But She Did Dye.