TV Land has pulled the plug on the series, which premiered in 2010.

TV Land has announced that sitcom ‘Hot in Cleveland’ will end its run after finishing its sixth season. The comedy which starred former ‘Golden Girl’ Betty White along with Valerie Bertinelli, Jane Leeves and Wendy Malick was the channel’s first original scripted comedy. 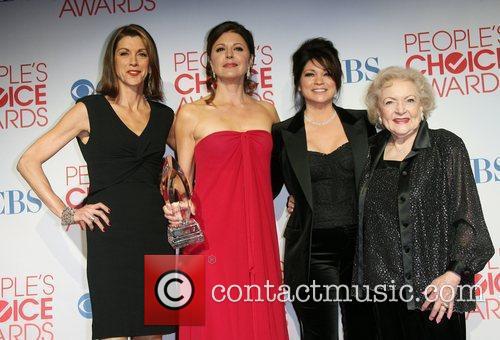 The series followed three entertainment industry veterans from Los Angeles (Bertinelli, Leeves and Malick) who escape Hollywood for the less shallow Cleveland, leasing a home from a sassy caretaker (played by White). It debuted on TV Land in 2010 to strong ratings, but has seen a steady decline in viewing numbers in recent years.

More: Betty White Did Not Die. But She Did Dye.

In a statement the channel said, “After five incredible seasons of Hot in Cleveland, the sixth season, currently in production, will be its last. It’s been an honour to work with Valerie Bertinelli, Jane Leeves, Wendie Malick and the incomparable Betty White as well as our executive producers Suzanne Martin, Todd Milliner, Sean Hayes and the rest of our exceptional writers, production team and crew.”

“The passion and talent they brought to the set each and every week over the past 5 years has put TV Land on the map as a network dedicated to quality original programming. We will continue to celebrate the show and are looking forward to a fantastic series finale,” they continued.

The sixth series premiered on November 5th and will consist of 24 episodes. Ernie Hudson, Andrew J. West, Timm Sharp, Robert Wagner and Mario Lopez are all lined-up to make guest appearances during the final season.