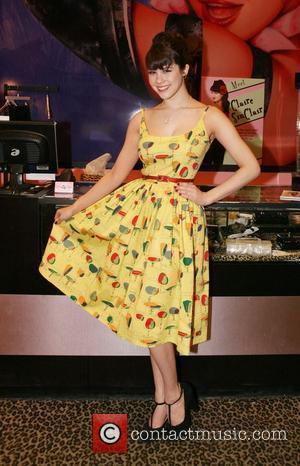 A huge collection of film stills, photos and negatives collected by Manhattan, New York store Movie Star News is headed for the auction block after they sold the lot of it to a Las Vegas collectibles company. The collection includes some 1500 prints of the 1950s queen of pin-ups Bettie Page as part of a total representation of some 11,500 movies and 5,000 actors from between 1939 and 1979. The total amount of pieces within the set are thought to total a whopping 3 million.
"This is the most important photo archive of Hollywood in existence. There are tens of thousands of negatives that have never been reproduced," said STUART SCHEINMAN, co-owner of Entertainment Collectibles, who bought the collection. "There are images here that have never been seen by the public." As well as Page, The Washington Post reports that there are 2,000 original prints and negatives of Frank Sinatra and Marlon Brando, 1,000 of Gary Cooper, 400 of Bette Davis, and hundreds of movie images of films including 'The Godfather' and 'Gone With the Wind.'
"This could literally take five to 10 years to go through it all," Scheinman added. He refused to explicitly state how much his company had paid for the collection, but did admit it was a seven-figure amount and reckoned that the actual value of the collection could easily be as much as $150 million.