Veteran Entertainer Bette Midler Has Laughed Off Justin Bieber's Name Gaff After The Pop Star Called Her "Britt Meddler" In An Interview. 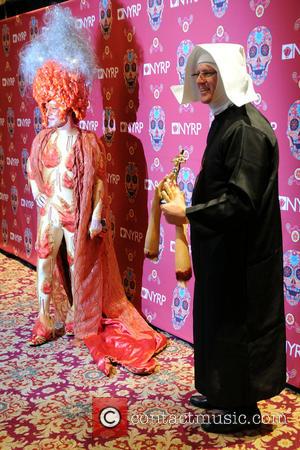 The Baby star was asked about Bette during a chat with Billboard magazine as she recently took to Twitter.com to criticise his father Jeremy after he called himself a "proud daddy" following his son's recent nude pictures scandal.

"@justinbieber dad (sic) tweeted he's proud of his son's penis size. I think the biggest (d**k) in this situation is the dad who abandoned his son," Bette tweeted.

When asked about Bette's comment, Justin insisted he had never heard of the Oscar-winning singer/actress.

"This Britt Meddler. I don't even know who that is, honestly," he told the magazine. "I wanted to immediately say, 'Who is this lady?' but then I'm just feeding this negativity."

Justin also insisted he was not upset by his dad's remarks over the pictures, which showed him naked during a vacation in French Polynesia.

"I do feel the photo was an invasion of my privacy," he adds. "I felt super violated. My dad made light of it, but I don't think that's sick and twisted. It was funny. Dads are going to be dads."

Bette has now weighed in on Justin's gaff by sending him a message via Twitter, writing, "@justinbieber Britt Meddler! I don't know who that is either! But damn that b**ch!"

When a fan told her it was "tragic" that Justin did not recognise her, she added, "Indeed. Thank you. Please respect my privacy at this time."

She also added a meme of herself as a witch in 1993 film Hocus Pocus with the caption, "When I first heard @justinbieber dropped my name."