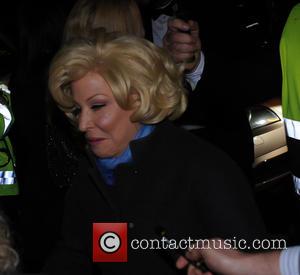 Bette Midler had to pull out of plans to publicly make amends with Ariana Grande by presenting her with an award at the Billboard Women in Music gala on Friday (12Dec14) after falling ill.

The veteran entertainer recently took aim at Grande for her sexy wardrobe choices, insisting she looks "so ridiculous" wearing revealing outfits onstage and in her music videos.

Grande took the criticism in her stride, taking to Twitter.com to write, "Bette was always a feminist who stood for women being able to do whatever the F they wanted without judgement! not sure where that Bette went but I want that sexy mermaid back!! always a fan no matter what my love."

Midler has since attempted to smooth over relations with the young pop star and even agreed to serve as a presenter at the Billboard ceremony in New York to show Grande she meant no harm with her critical comments.

However, the Hocus Pocus actress/singer called in sick at the last moment, and organisers instead called on Grande's brother, Frankie, to do the honours for the Rising Star award.

A source tells the New York Daily News, "It was supposed to be a fun/funny/makeup session. But Bette got sick at the last minute and couldn't show. Both of them were on board to do it. They were going to have fun with it and be supportive of each other."