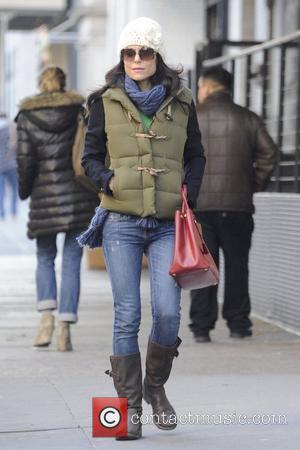 Apparently the counseling didn’t work out. Just weeks after announcing a separation, real housewife and television personality Bethenny Frankel (42) has filed for divorce from her husband of two years, Jason Hoppy, E!Online reports.

The news is coming as no surprise to the two people, who have been following this story, as Frankel and Hoppy have been separated since before Christmas. The split was announced, in typical It-girl fashion, over Twitter and apparently, things just weren’t getting any better. Frankel has taken the first step, by filing a summons for divorce and apparently, she’s already started her recovery period.

Yesterday (January 5), Bethenny tweeted: “Time with @hodakotb is just what the doctor ordered:)”, referring to friend and Today host Hoda Kotb. And to her fans and followers, Bethenny said about the situation: "To those of you who are being supportive: thank you. To those of you who are judging: I totally get it." That seems like a nice, healthy attitude to have about the whole thing, especially for someone, who is getting a lot of criticism around the divorce. One of the biggest issues in the divorce will probably be the custody rights over Frankel and Hoppy’s two-year-old daughter, Bryn.