Bethenny Frankel has reportedly refused to pay her ex-husband Jason Hoppy $10 million in order to settle their divorce. 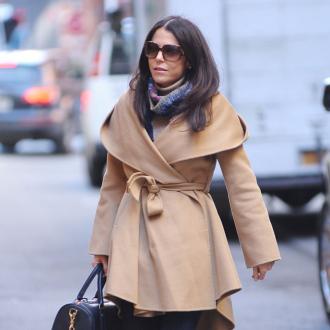 Bethenny Frankel has refused to pay her ex-husband Jason Hoppy $10 million in order to settle their divorce.

The TV personality has turned down the opportunity to end her bitter legal battle, which has been going on 15 months, by paying out the lump sum to her former lover.

A source told RadarOnline.com: ''Jason is willing to take a $10 million settlement in the divorce from Bethenny.''

The 43-year-old former host, who is believed to be worth between $25 million to $50 million, sold her Skinnygirl Cocktails company in 2011 for a reported $100 million and Jason claims he's entitled to some of the money as he helped her build up the company in the first place.

The source explained: ''[Jason] feels entitled to that large amount because he helped her to launch Skinnygirl. She sought his advice and counsel on the cocktail line from the beginning and up until the sale.''

As well as fighting over the money that was made during their two-year-old marriage, the couple are also battling it out for custody of their three-year-old daughter Bryn.

It is believed Jason is now happy with joint custody, while Bethenny is pushing for full custody with the sales executive being allowed visitation.

Meanwhile, earlier this month, the former reality TV star was ordered to pay her ex-spouse's legal fees of $100,000, but it is believed she will be reimbursed once they reach a settlement.