After celebrating a new romance over the winter break, Bethenny Frankel and Michael Cerussi might have their newfound bliss cut short.

Real Housewife Bethenny Frankel is dating a new man and the media is already snooping. According to TMZ however, Michael Cerussi III (Bethenny’s new beau) is outraged at the speculation around his past.

The lovely Ms Frankel has a new man in her life.

Soon after the relationship buzz was sparked by some shots of Frankel and Cerussi frolicking together on the beach, the rumors were quick to follow. Bethenny and Michael reportedly rung in the new year in Miami, sharing a kiss at midnight at the the Mondrian hotel on South Beach, according to E!

Frankel is still in the process of divorcing her estranged husband Jason Hoppy and is still reportedly living under the same roof with him, one year after they broke the news of their split. Despite this, Bethenny seemed ready to turn over a new leaf, having tweeted during the extended vacation: “'Happy new year!!! I am so grateful for u and love u so much. 013 was a mixed bag. I can feel the energy & 014 is going to be great! Xo”

Unfortunately, the year has once again started with controversy in the face of the accusations against Cerussi. Over the past few days, reporters have been asking the financier about a lawsuit he filed in 2001 against a woman who had accused him of raping her while he was at Union College in New York. Cerussi sued the woman and the school for defamation, claiming that the unncamed woman’s accusations were false and that the school had no right to expel him. The case remains unclear. There was no police report and no charges were ever filed. 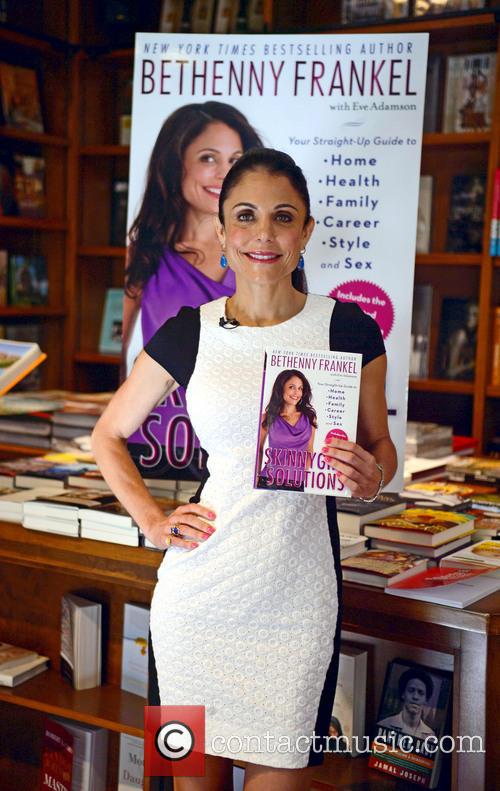 The reality star and homemaker is yet to respond to the rumors.