Bethenny Frankel enjoyed the Florida sun with her daughter this weekend, after spending part of the week ending her marriage.

Bethenny Frankel may be in the midst of a messy break-up with ex-husband Jason Hoppy, but the reality star managed to put on a brave and happy-looking face as she flaunted her impressive body poolside at a Miami resort, the Daily Mail were first to report.

The former Real Housewives of New York star, who has a new talk-show airing later this year (not to mention the other irons she has burning in the fire), was spotted lapping up the Florida sun with her 2-year-old daughter Bryn on Saturday (April 20) after spending Friday in a New York City court to straighten out the ending of her marriage with her estranged husband. The 42-year-old looked exceptional in shades and a green patterned bikini and straw sun hat as she frolicked with her daughter in the hotel pool. 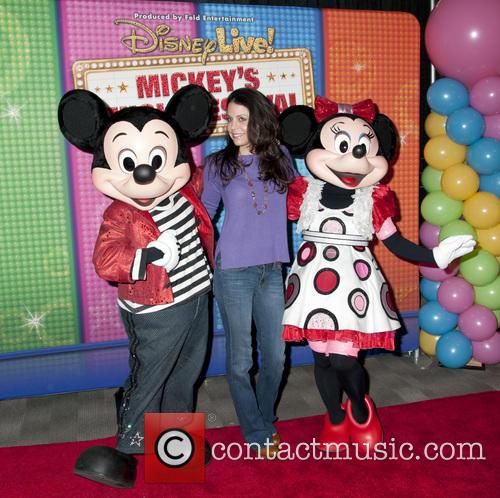 The doting mother recently spoke to Fox's Good Day New York about the strength given to her by her daughter during this emotional time, and credited Bryn for getting her through this difficult time. “Kids make you do things you’d never do,” she told the early morning variety show, “They bring out the best in you.”

Despite being in a difficult time in her life, the entrepreneur has still been busy as ever promoting her self-titled talk show, Bethenny, as well as her Skinnygirl cocktail range. The reality star was at a promotional gala for her new drink range on Thursday, only hours before her day in court to bring her marriage to an end.